Additionally, a report by global consulting firm, McKinsey & Company, estimates that Autonomous Vehicles will free up as much as 50 minutes per day for users and identified that driverless cars could prevent 90 per cent of all accidents in the United States thanks to decreased human error.

Despite these findings among other growing research that shows the numerous benefits of autonomous vehicles, the new U.S. Administration is beginning to take a step back and stand in the way of progress for autonomous vehicles. As the newly appointed US Transportation Secretary Elaine Chao emphasized that she would be reevaluating the Obama administration’s rules for self-driving cars and challenged the automotive and technology industries to better educate the public about the safety features of automated driving.  However it seems the focus of the increased regulation is not on the actual safety or benefits that autonomous vehicles provide, but the fear of loss of jobs.

Chao also said she was “very concerned” about the impact of automated technology on the labor force. “As a former secretary of labor, I am very, very concerned about that and very cognizant of those challenges,” she said. “So we do have to transition people and we need to keep that in mind.”
Source: The Verge

Most regulation slows down innovation as an unintended consequence of protecting the public. Although in this situation, the regulation seems to have the slowing of innovation as its goal rather than to protect the greater public from the actual technology.

If Chao’s concerns would have cited examples such as Uber’s rushed AV testing without a permit in California, then it would have some basis in actually protecting the public from unregulated and not-fully tested AVs on the streets.

No matter what the rationale might be behind the move, it’s a sign that the United States might not be the once innovative open environment it used to be to flourish and develop new technologies.

Such a stance implies that pioneering innovators in the world of autonomous vehicles would need a welcoming environment to allow it to truly spread it’s wings and take off. It is an opportunity for future thinking cities that want to achieve reduced traffic congestion and safer roads to leap on.

Many cities across the world have begun looking into pilot projects where startups and local governments are working together to realize that vision. One such startup, NuTonomy (a MIT spin-off technology startup), launched its autonomous taxi service, a first in the world, as a pilot project in Singapore. However as Uber and Waymo’s AV efforts in the United States continue, company led approaches won’t lead to mass adoption to see the true benefits of AVs across a locale or society. There are limits to how many AVs a single company can bring into the market; it will require a multi-company approach with some support from government entities and the underlying market truth is that the potential of mass AV adoption lies in existing car owners.

Dubai has been pushing very futuristic ambitions for quite sometime now, but evermore so the last few years with the set up of the Dubai Future Foundation and the Dubai Future Accelerator where branches of the Dubai Government have outlined very ambitious futurist goals to where they want to see Dubai in the near future. One such challenge was issued by the city’s RTA (Road and Transportation Authority) to cut congestion by 20% through the use of automated transportation.

RTA signing exploratory pilot projects with Hyperloop One and NEXT Transportation further emphasized Dubai’s commitments to solving these ambitious challenges they have set for themselves. In addition the RTA recently invested into purchasing 200 Teslas to electrify the taxi fleet, something we have seen in many other places such as Netherlands before.

So how would Dubai allow self-driving to vehicles to thrive within the city?  I propose it actually look back to the U.S. and the various states that created incentive systems to promote electric vehicles.  Some might jump to point out the even greater progress Norway has made with EVs. Yet despite the Norwegian incentive model having phenomenal success in converting car buyers to EVs, the Norwegian incentives were uniquely tailored to their taxation policies.

When Norway’s original EV incentive plan was introduced in 2013, the deal was that the purchase of an EV would involve no vehicle taxes or value added tax (VAT). In Norway, the VAT on cars is a an astounding 25 percent. The original plan was for the incentives to extend only to the first 50,000 electric vehicles purchased — that way early adopters would get a boost but the government also wouldn’t lose out on a sizable revenue source in the long term.  Norway has since then extended the original incentive due to its immense success.

Dubai’s automotive market however operates more like other automotive markets, without such heavy tax burdens, thus it would be make more sense to look to the U.S. incentive models for inspiration.

Out of all the states that offered incentives, California offered the most in terms of both State and Local/Utility incentives and was also the leading state in terms of EV sales and penetration.

By offering similar incentive systems to AutoPilot/Autonomous vehicles by subsidizing the AV costs to some degree would enable a city, such as Dubai, to truly bring AV to the masses and streets to have a real impact on congestion.

Tesla charges consumers about $8,000, which can be potentially subsidized by any government wishing to incentivize the purchase and use of AV technology. As more automakers enter the market, that same incentive can allow them to make sure their research and development of AV technology is appreciated while at the same time making that technology more affordable to the masses.

The Incentivized Free Market : By not favoring any one automaker and leaving the incentive open to all other automakers who offer AV for consumers. Thus encouraging automakers to choose Dubai as the market to bring their AVs to market first.

AV competition : Once other automakers enter the AV market and begin pricing their AV technology charge to consumers, the increased competition should drive down the introductory price of the technology. The incentive as well should allow existing players (Tesla) to scale the units with AV technology allowing them to be able to reduce the cost of such technology. With Tesla’s Model 3 a few years away, it is expected AV costs to consumers to drop even further, thus Dubai’s incentive does not need to be strictly at $8,000.
Just for reference, California’s EV Clean Rebate and the Federal Tax incentive combined could go upto $10,000 per vehicle (more than the current AV costs).

The Mixed Incentive : The California model was the intriguing model I proposed Dubai follows as it was not just a purely Rebate/Monetary incentive, but it came with many perks for the original Electric Vehicle owners.

Dubai can use similar approaches to attract AV consumers.

Insurance : This would seem rather straight forward, where the incentive can come from insurance companies due to their own savings for vehicles with automated braking and AV technology. This can be further incentivized by the government by giving reduced licensing fees to those insurance companies which reach a certain quota or ensure a minimum percentage of their covered vehicles as being AVs. This is something a regulatory agency with more details can elaborate on but my thought is just the seed of an idea to be further nurtured and explored.

Traffic Congestion & Tolls : AVs in a sense would be the best drivers on the road, at least better than any human drivers when it comes to how they operate and interact with other drivers. Consider how traffic jams can appear at out of nowhere, just by simply having one driver brake too hard and cause a ripple effect of a traffic jam.

These AV incentives for congestion can be tailored specifically based around the city. Dubai has it’s system of toll gates, Salik, which are in place to disincentive people from using the main highways which tend to become overly congested. Thus one can see an AV incentive in the form of reduced Toll Tax for AVs further incentivize AVs not only for them to pay less for passing under Salik gates, but in turn would help alleviate traffic by being a vehicle that won’t be contributing to the bad braking drivers.

If the city of Dubai, or any city conducts a detailed study of how much traffic congestion actually costs the city in terms of productivity loss to the economy, it can come up with a budget for implementing the AV incentive strategy that would be a instead seen as an investment than a pure subsidy. Aside from the number of lives saved & accidents reduced, it also just makes economic sense from a congestion and infrastructure perspective.

Further Reading: The New York Times has a great summary about the self-driving industry — the main players and their technology stack.

New York Times: How a Car Drives Itself 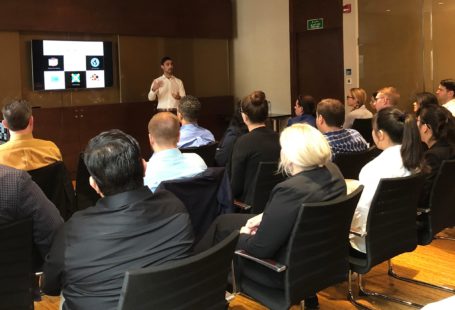